Liminal Bodies was a four day workshop facilitated by Poppy Jackson and hosted at ]performance s p a c e [ in London. It brought together artists working with body based performance and notions of borderless-ness, liminality and transience. 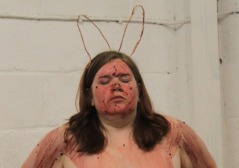 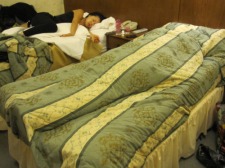 Spit… an abject substance, once part of the subject becomes alien when ejected from it. Georges Bataille in his passage on the informe (formless) says that the formless is “something like spit or a spider”. the physical characteristics of spit are also liminal, being a viscous substance neither solid or liquid which clings to us as though a being in itself.

Error: Twitter did not respond. Please wait a few minutes and refresh this page.